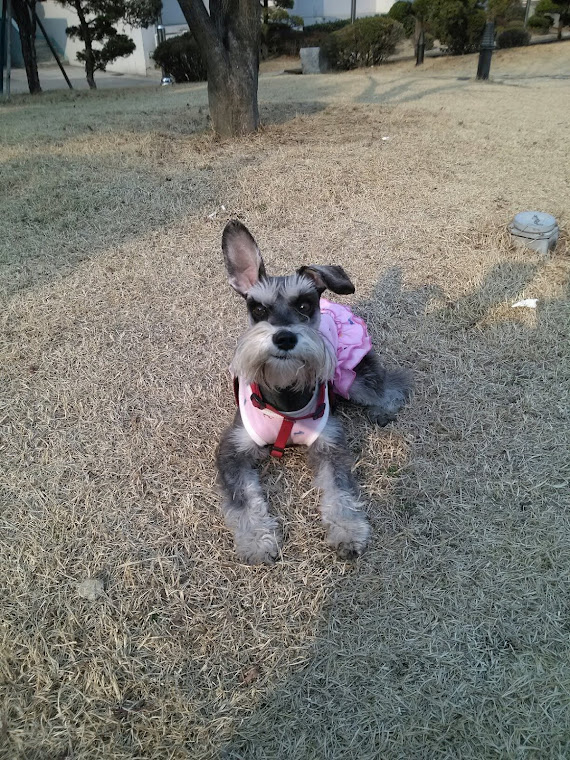 
Sometimes it's just one of those days where you sit at work ignoring all your responsibilities because all you really want to do is sign onto Facebook and browse the pictures of when your dog was a 1 kg puppy.

Today was one of those days.

I'm liking this here and now, and as always, I'm loving my Pumpkinator, whose nickname I may have to change simply because she's much less "Terminator" now and much more "Pumpkin".

As some of you know, Leeloo and I are in the process of adopting a little kitten who is currently being fostered by our good friends, Panda and Zoe.

I always thought that Leeloo would be awesome with a cat, but the only cat she's ever been around at any length was our family cat, Trixie.  But my parents were very protective of Trixie and Leeloo was a 9mos. old shit stirrer, so their interactions were very controlled and watched carefully.  Still, the other times that Leeloo has seen a cat, she's been excited and curious, but never aggressive, so, again, I thought it might be a good match for Leeloo, who loves dominating my attention but wants a playmate desperately.

So, back to the kitten, when Leeloo had her first play date with Panda and the 2 kitties, she was so enthralled that she was pawing at their play pen, whining as if to say "HELLO?  Come on out and play!", and her tail was wagging like there was no tomorrow!  Needless to say, Leeloo was absolutely captivated.

Leeloo's play approach lacks finesse.  She often runs full speed up to another animal, which can be intimidating, but she always just ends up standing next to them, smelling their ears.  I'm not sure where this came about, but Leeloo has an ear fetish, and she's does discriminate against any species.  She smells dogs' ears, cats' ears, bunnies' ears, my ears (sometimes she licks my ears too), and I'm sure if fish had ears, she'd be smelling those too.  So, she spends most of the time smelling the ears of the kittens and then using her nose to move them around, but the coolest thing is that she listens to me (most of the time) when I say, "gentle".  I have no doubt that her and the kitty will become best friends.

I had been considering adopting a kitty for a long time, and when we met the 2 of them, the plan was set in place!  So, here is a video of Leeloo with the 2 kittens.  The one with the black nose is the little female named Narae.  The bigger, more confident one is the little male named Maru.

We were very excited and spent a lot of time brainstorming our costume and finally decided that I would be a fortune teller and Leeloo would be my crystal ball!!!!

So 2 days before the event, we set about making our costumes. 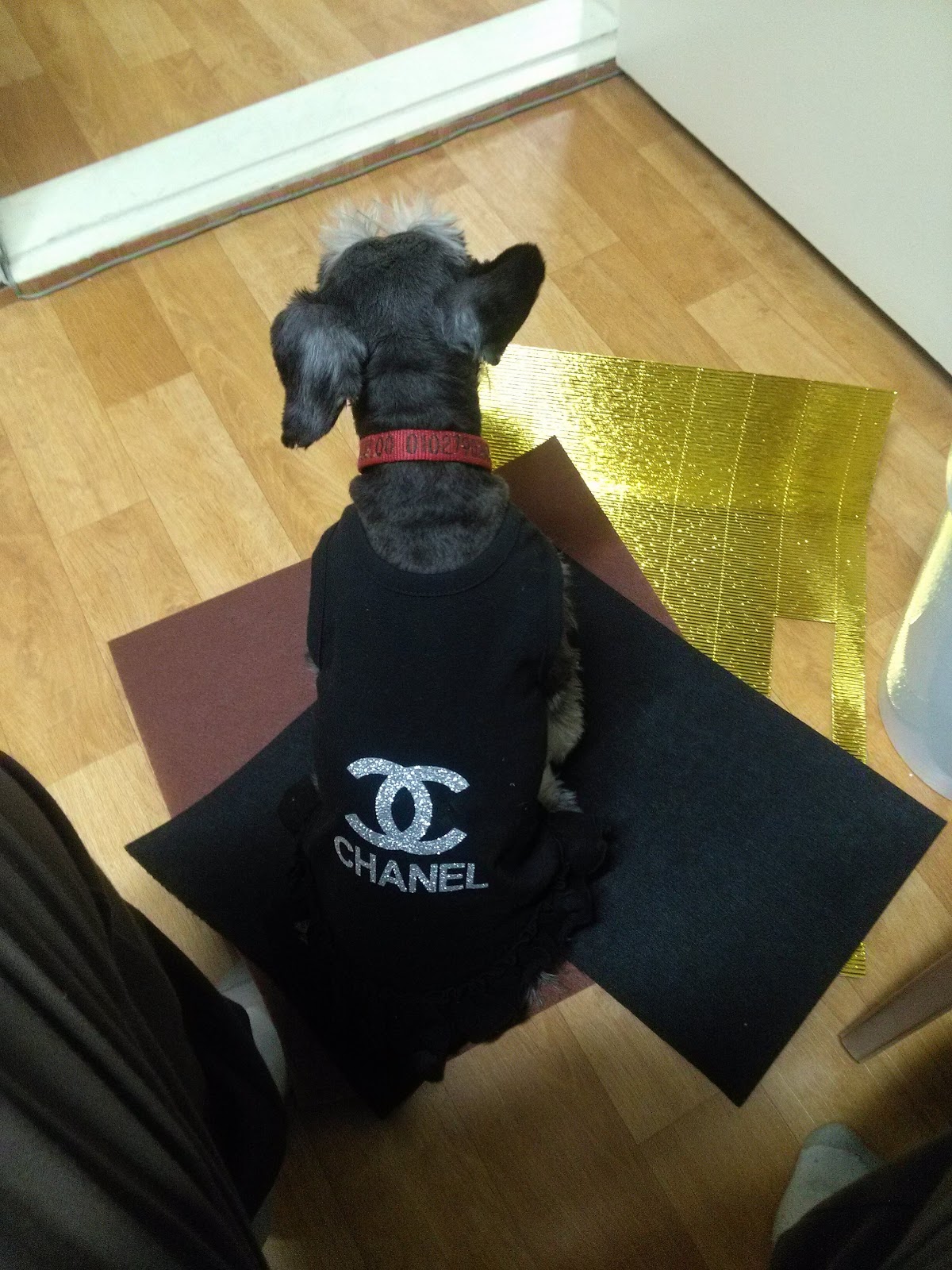 Leeloo "helping" to make her costume...

After a few creative ideas (a.k.a. problem solving) on my part, here is the finished crystal ball... 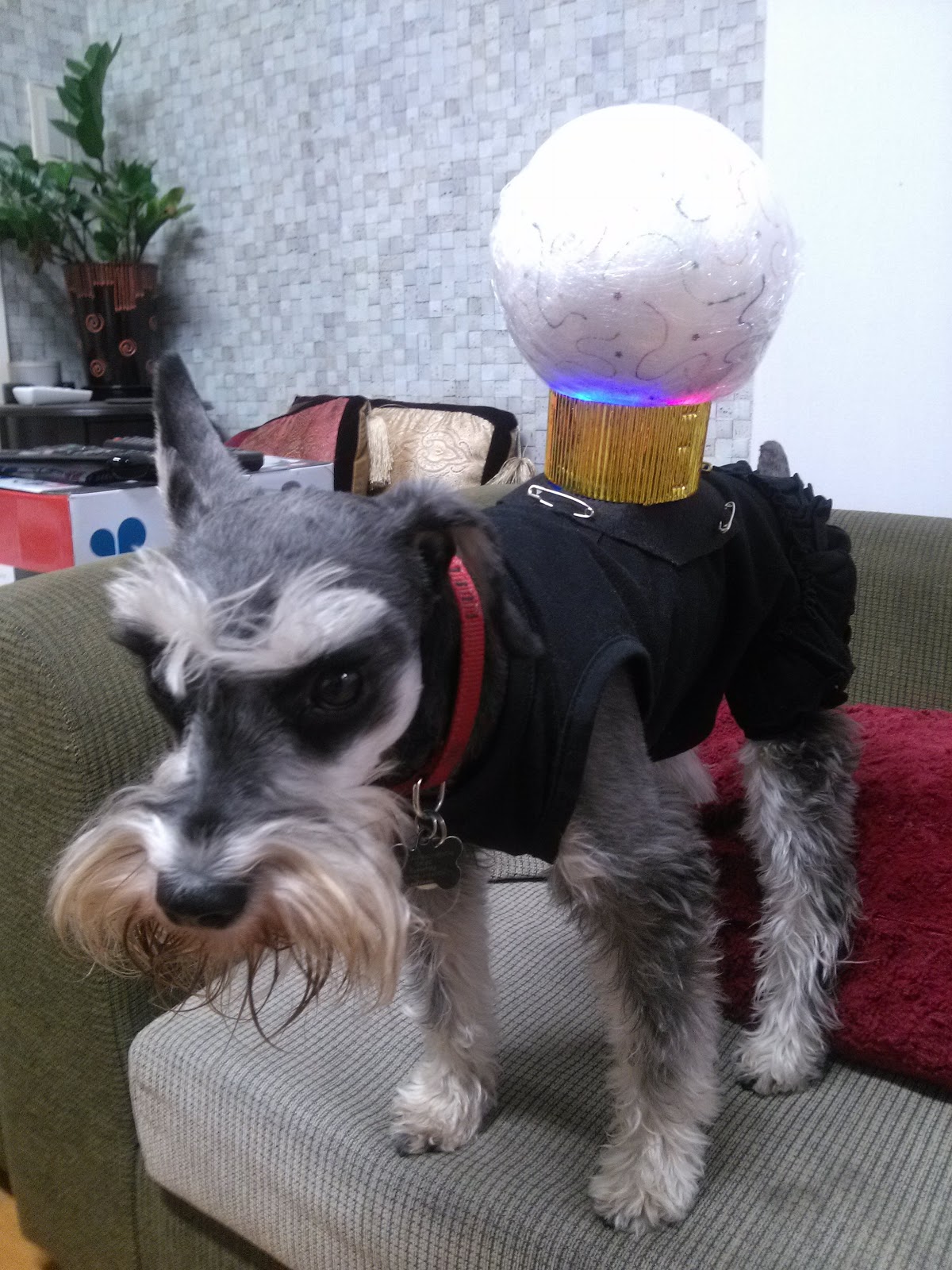 Leeloo's crystal ball glowed thanks to some finger lasers!

So we were ready for the party and woke up early on Sunday to collect all the supplies we needed to make the party into a Halloween heaven.  It seems SO simple when you think about everything you need to do, but just getting to the start of the party at Chicu Chicu was quite a journey!

With 2 huge yellow E-mart bags full of supplies and Leeloo's carry case slung onto my shoulders, we made our way to the subway at Hwarangdae Station.  We needed to take Line 6 just one stop, so Leeloo went on the train outside of her carry case for the first time ever, and who would have expected it, but Leeloo was TERRIFIED to get onto the subway train.  I think the 2 inch gap between the platform and the train was too much to take, although for a dog, I'm sure looking down into the gap was like looking into an abyss...

Luckily, we made it onto the train before the doors could smoosh us, but juggling all the bags and a curious dog did not a happy Amanda make, and you know what they say about a curious cat (good thing Leeloo is smarter than a cat...)!

So we transferred to Line 7 at Taereung Station pretty smoothly and hopped on the train in the handicapped area, which was appropriate, considering that at this early stage, I was pretty much already emotionally handicapped (and hungover from the night before), but Leeloo was her lovely little self and climbed right into her carry case and just chilled out in her case on the floor. 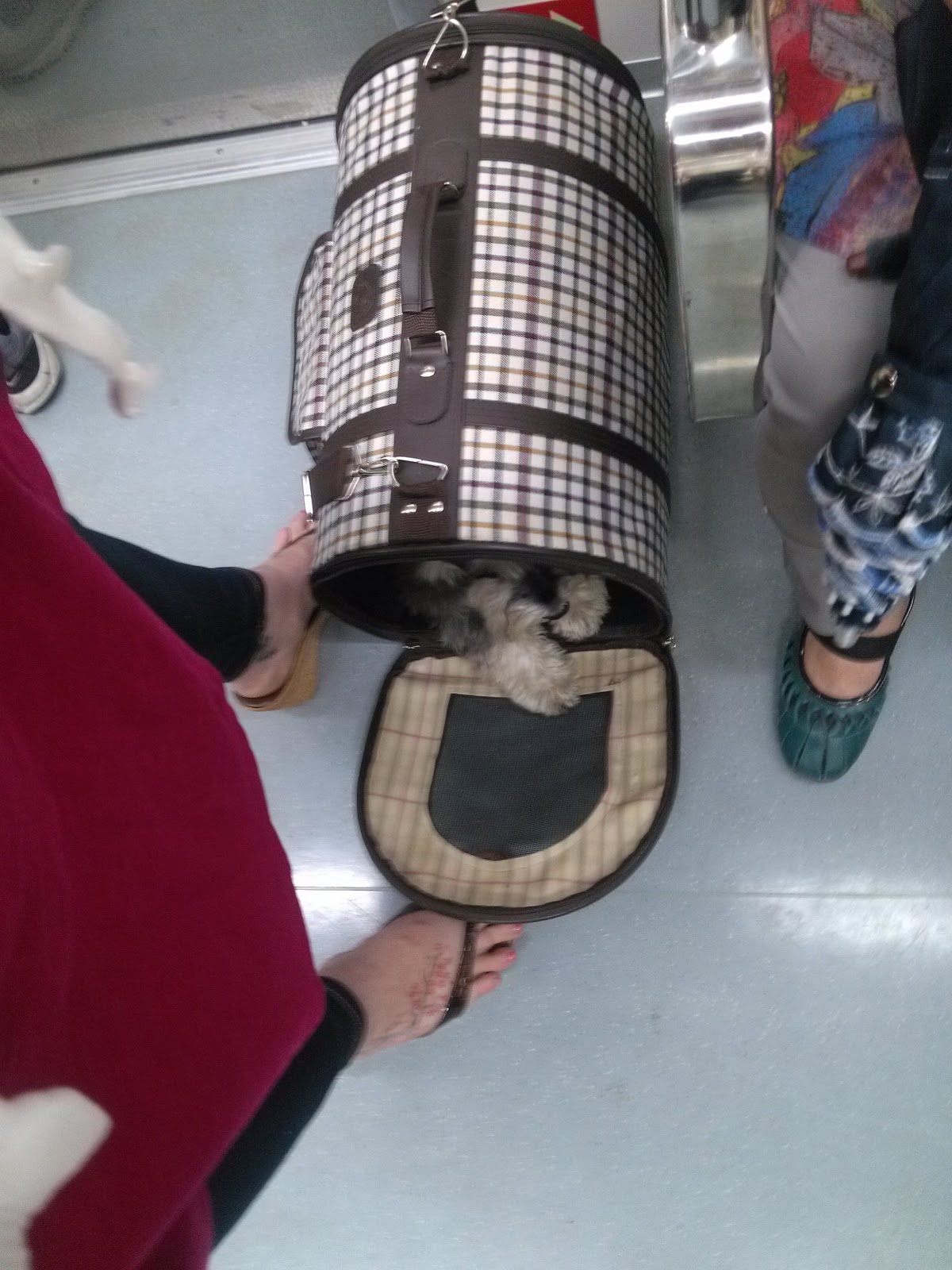 Leeloo taught herself to stay inside!

Quite unexpectedly, just a few stops before our destination, Katelin MacNair and her golden retriever, Lucy, got onto the train on the exact same car.  We were very surprised, especially because of all the trains they could have gotten on, they got onto ours!  This was the first time Katelin and I had met in person, and it was most natural, almost like we had met several times before!  Even Leeloo seemed to know who they were because she jumped right out of her carrier, tail wagging away, showing some love!

Once we arrived to Gangnam-gu Office Station, the four of us bumped into Trevina with her newly adopted dog, Pong Pong!  Cute little Pong Pong looked quite dapper in his tuxedo and very content to be carried around like the king he is!

Despite all the happy first-time meetings, Gangnam-gu Office Station had been completely remodeled to accommodate another subway line, so it was pretty much like a labyrinth (without the excitement of David Bowing in a leotard) trying to find the elevators to go up and down, and with all our bags and dogs and doggy stroller, there was no way we could conquer the stairs or escalator easily, but a little ingenuity went a long way and we managed (eventually)!

Fast forward 10 minutes and a walk along a sidewalk under construction, and we finally made it to Chicu Chicu (after a solid hour of roughing it), only to have a "Houston, we have a problem" moment.

Turns out the staff at Chicu Chicu had suffered some kind of miscommunication and had thought that only 1 dog was coming.  They raised a huge stink in the most passive aggressive Korean way they could, but our "foreign manners" just saw us setting up while murmuring "yeah, uh huh, okay..." and they eventually just gave up and let us have our party!  :o)

The last snafu of the day, was me realizing that the time I spent making Leeloo's crystal ball was TOTALLY wasted when I left the safety pins I needed to attach it to her shirt at home...GRRRRRR!

Fortunately, the rest of the day went smoothly and it was full of meets and greets with people who had only dealt with each other online or over the phone in the name of animal rescue, so it was nice to get together with our own animals and just get to know each other!

Leah and Angelo brought their adorable cocker spaniel, Penelope, who they adopted from Asan.  Penelope dressed up as a bumble bee! 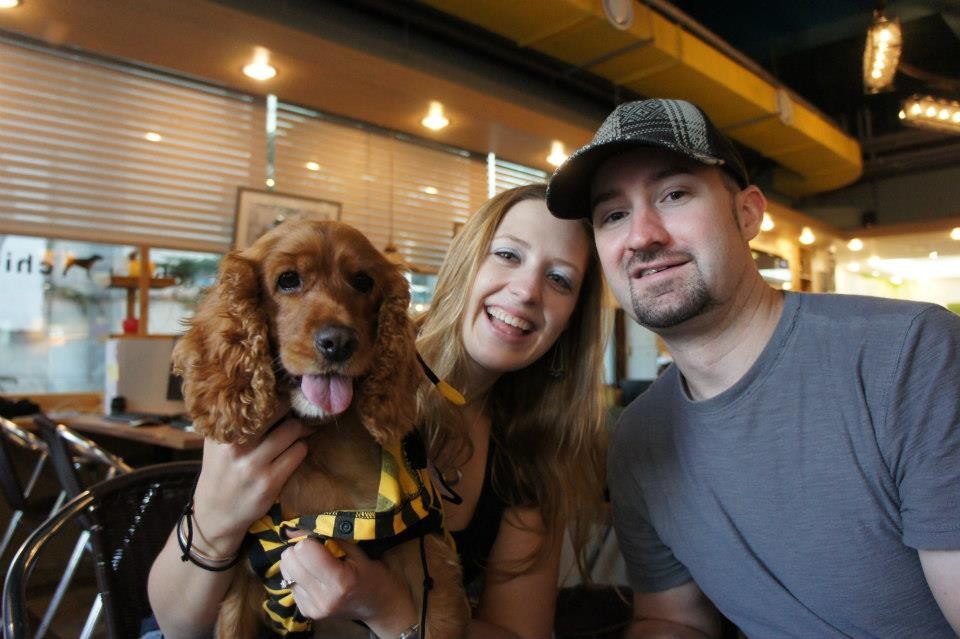 Emily and Ryan brought their little yorkie, Penny, who won BEST CANINE COSTUME as a dinosaur.  Emily made the costume and it was SO adorable! 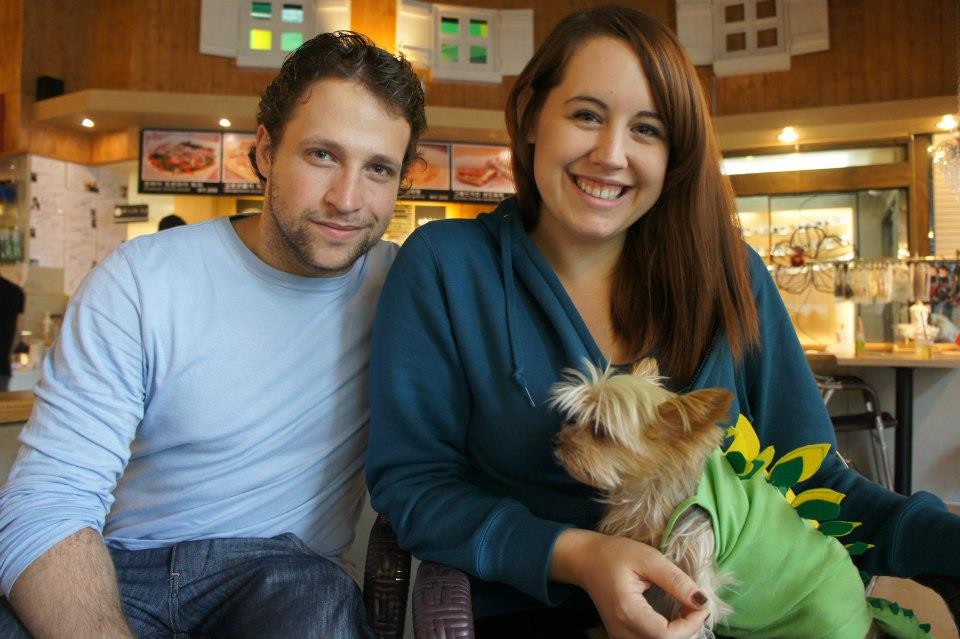 Zenith brought her foster dog, Emma, who is the mom of the 5 puppies from KARAMA, all of whom suffered from and successfully overcame distemper!!!!!!!!!! 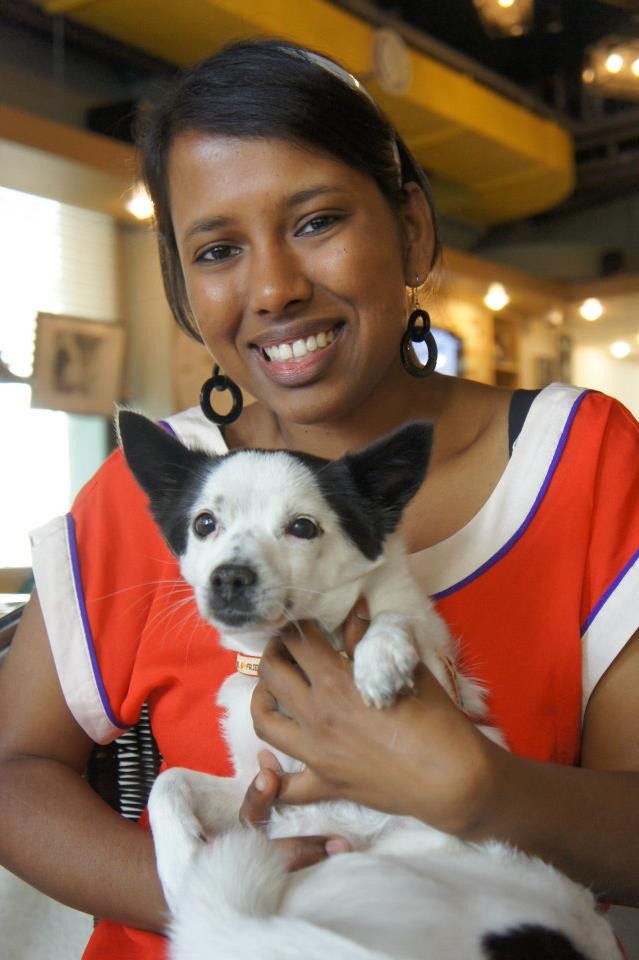 Zoe came decked out with her rescue pup, Panda, who was dressed as a skeleton!!! 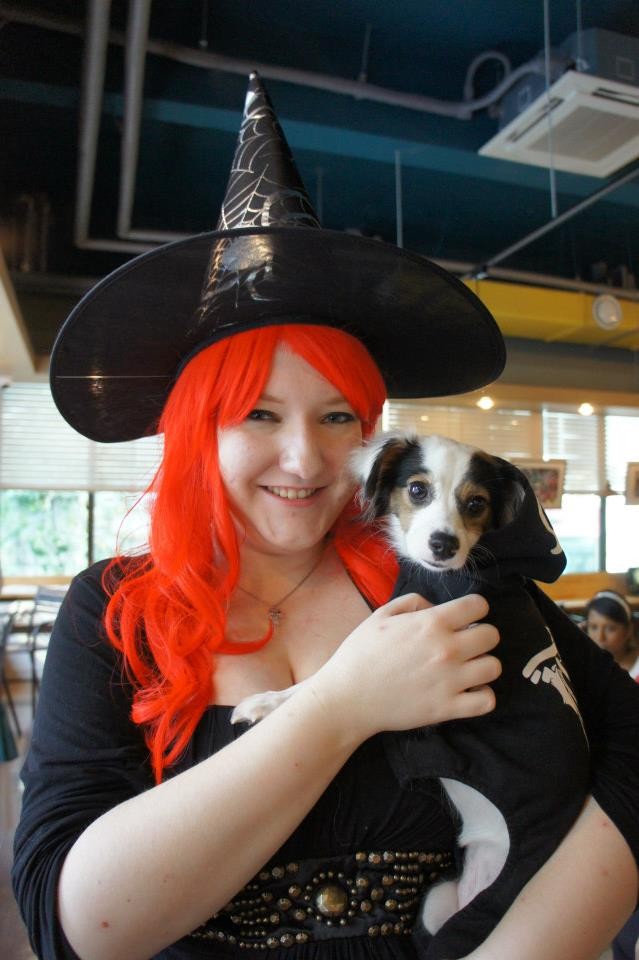 Erinn brought out her mini-cocker, Ttokki, and her foster baby, Danbi, for some fun! 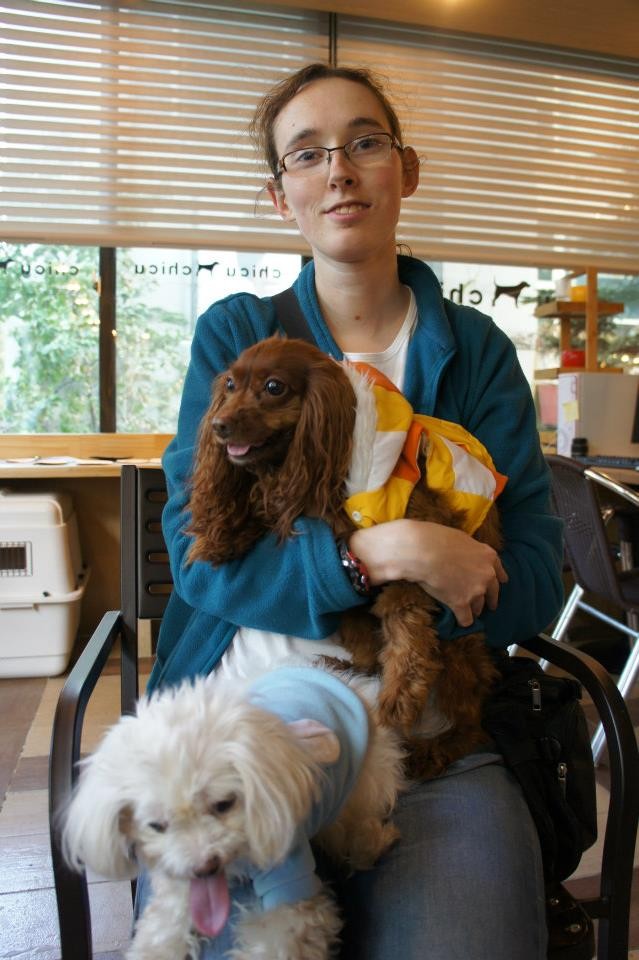 And you already know Katelin and Lucy, dressed as Woody and Buzz Lightyear! 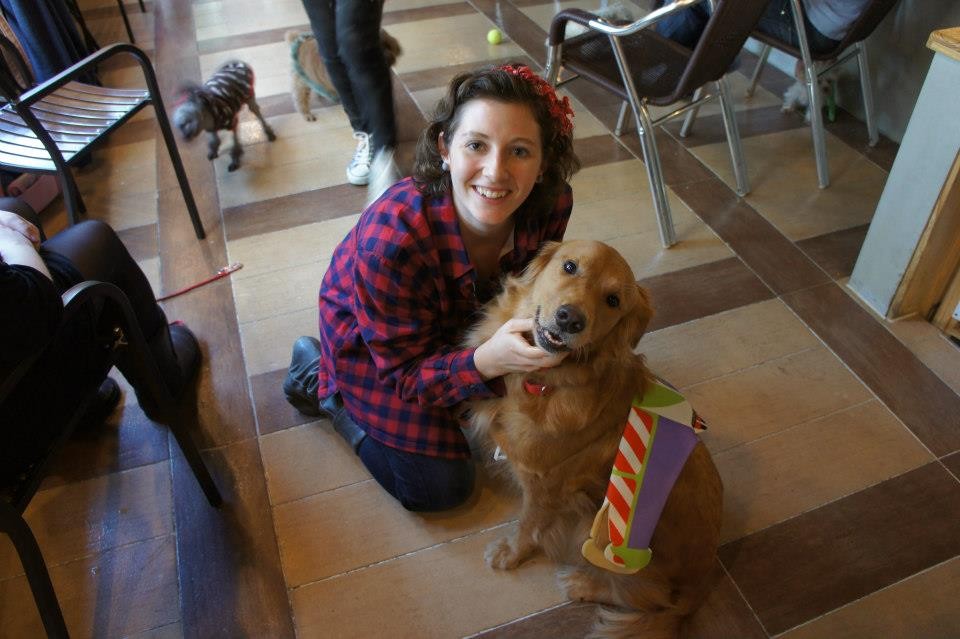 And here is Trevina with Pong Pong, both looking elegant! 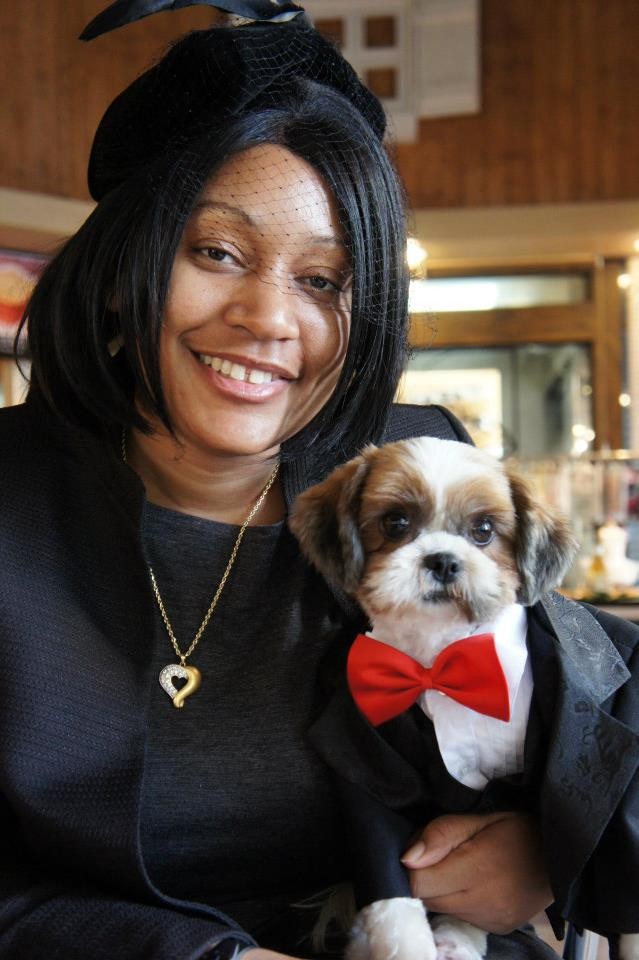 And special mention is Nicole Shapiro, who was planning on coming with her foster dog, Dooley, but Dooley was a special hospice care doggy and unfortunately succumbed to his ailments just weeks before he could celebrate his first Halloween in a home after 7 longs years at a shelter.  Nicole still came with a lovely, furry English cocker spaniel as her date!

My friend, Helen, also brought her 2 poodles, Tigger and ChoCho.  Tigger was Leeloo's first doggy friend EVER.  Leeloo and Tigger met just weeks after Leeloo's distemper quarantine ended.  Tigger is a few months younger than Leeloo, and Leeloo likes them younger, but there's such a complicated love triangle between Leeloo, Tigger, and Chocho...that's a story for another day, though...

Another VERY special mention is June Kim, who helped organize this event and was on her way to celebrate at Chicu Chicu with her schnauzer, Minni, when one minute, Minni was smiling up at her savior human and the next, it was her time to cross the rainbow bridge.  Unfortunately, this is the worst that could happen to a doggy parent, and to have it happen so suddenly and so unexpectedly, is an unfair way for God to do it.  June rescued Minni 10 years ago from a man who called her untrainable and uncontrollable.  Lucky for Minni, June was just what she needed, and, lucky for June, Minni blossomed in the time they had together.  We in the animal rescue community send our love and thoughts to June and her 2 schnauzer sons at this difficult time. 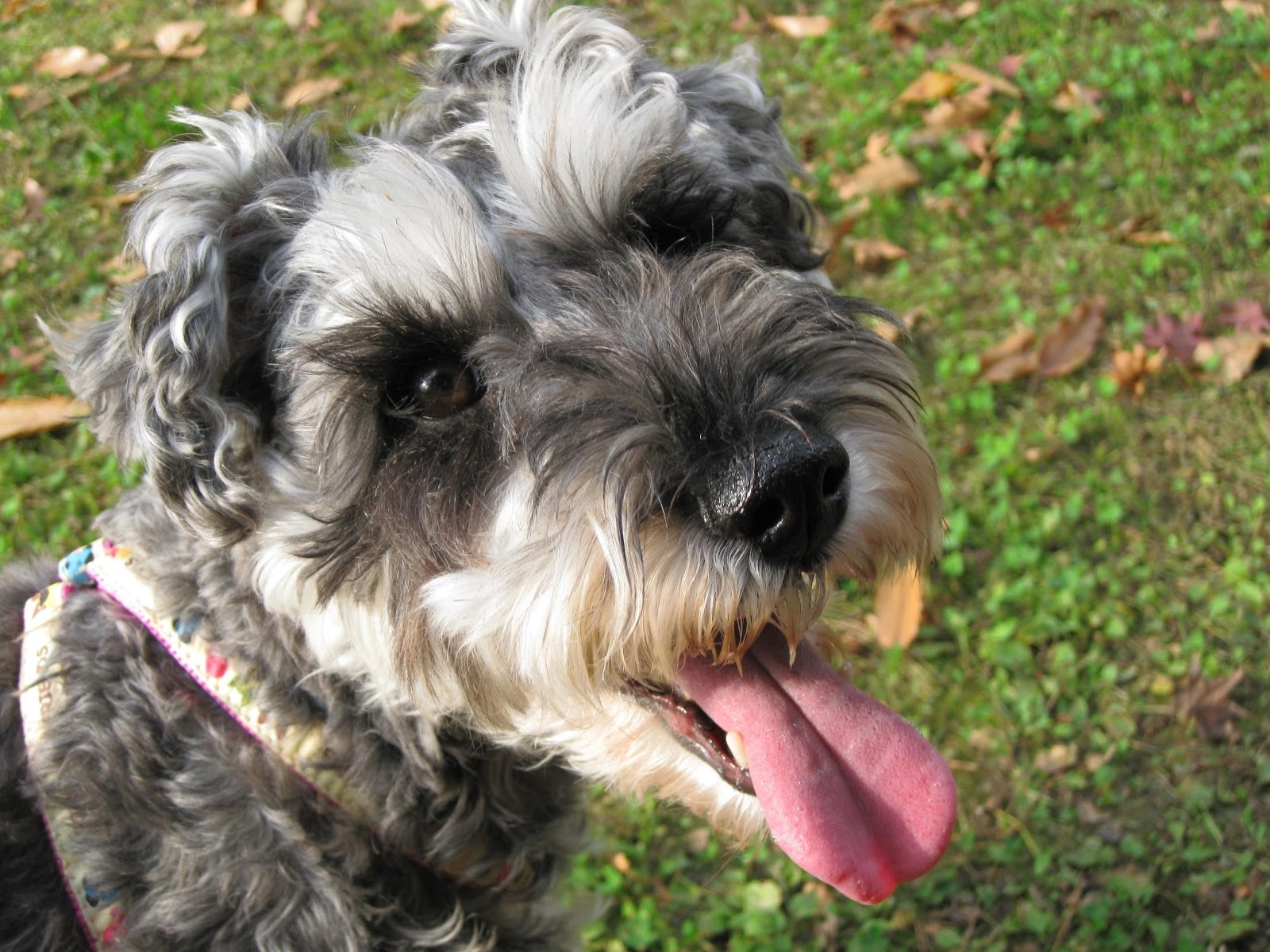 Rest In Peace, little Minni!  You will be missed!

All in all, it was a day of great frustration, loss, and celebration, and it will certainly be a memorable day for Leeloo and I.

Here are some more pictures... 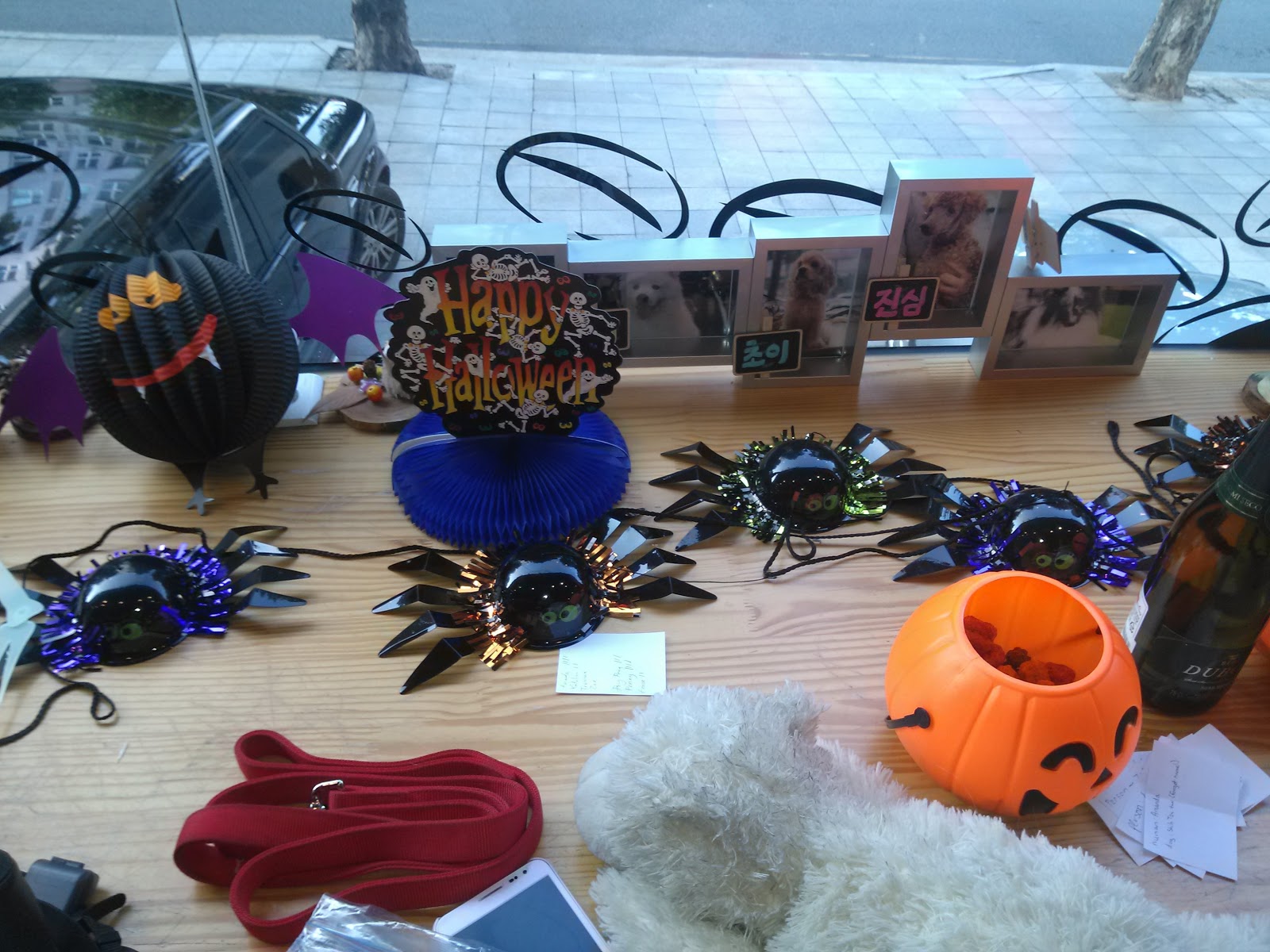 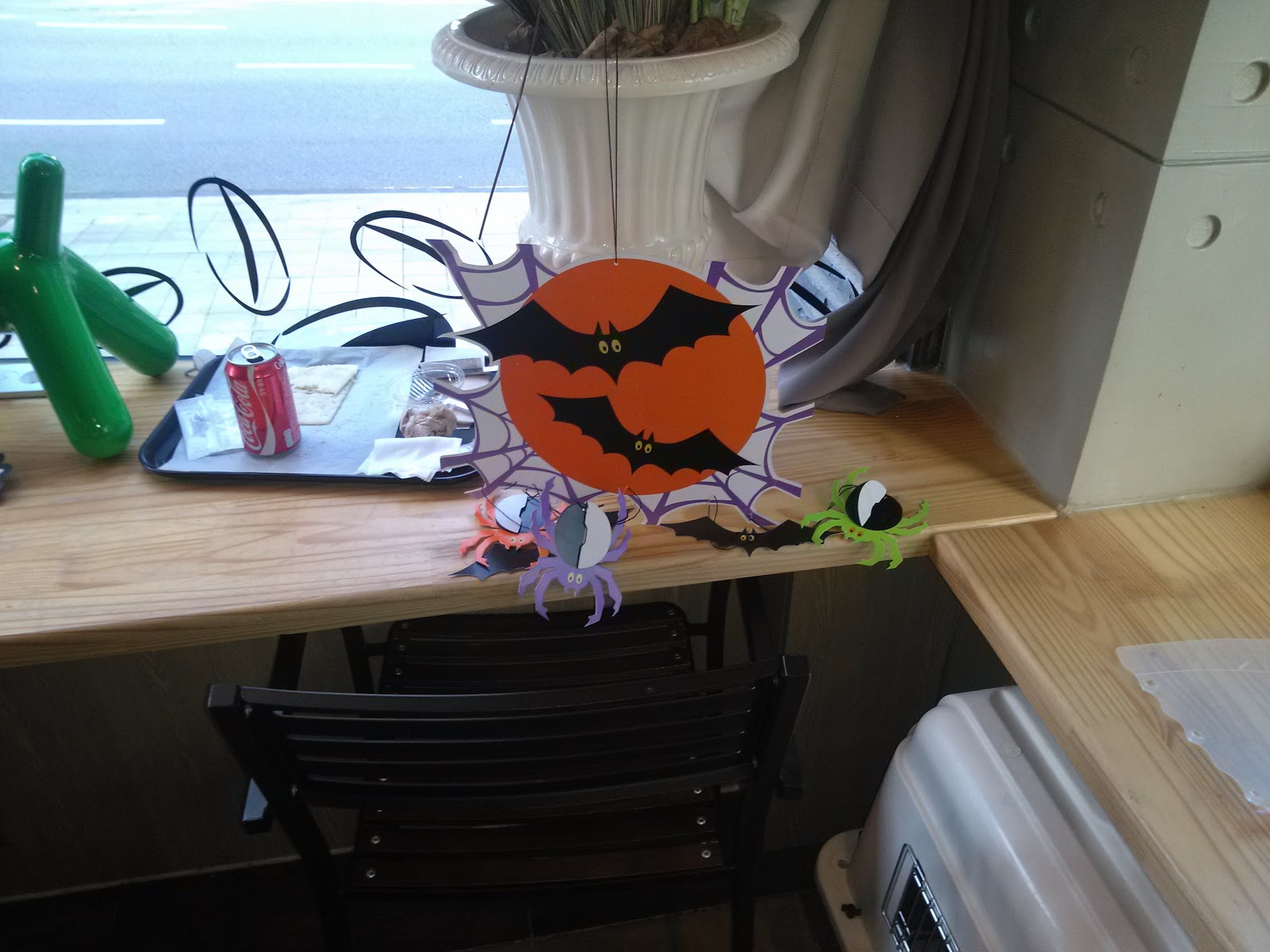 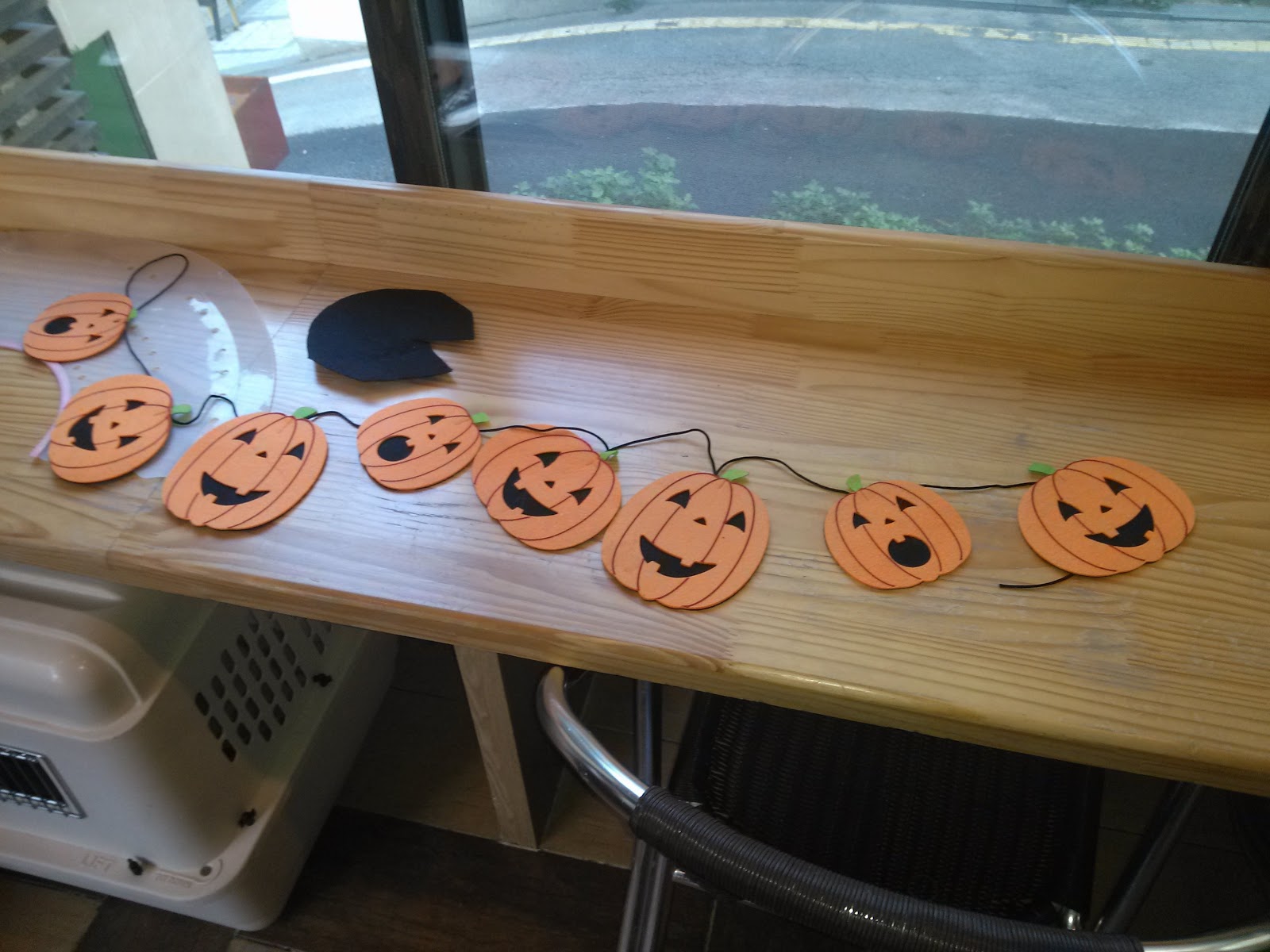 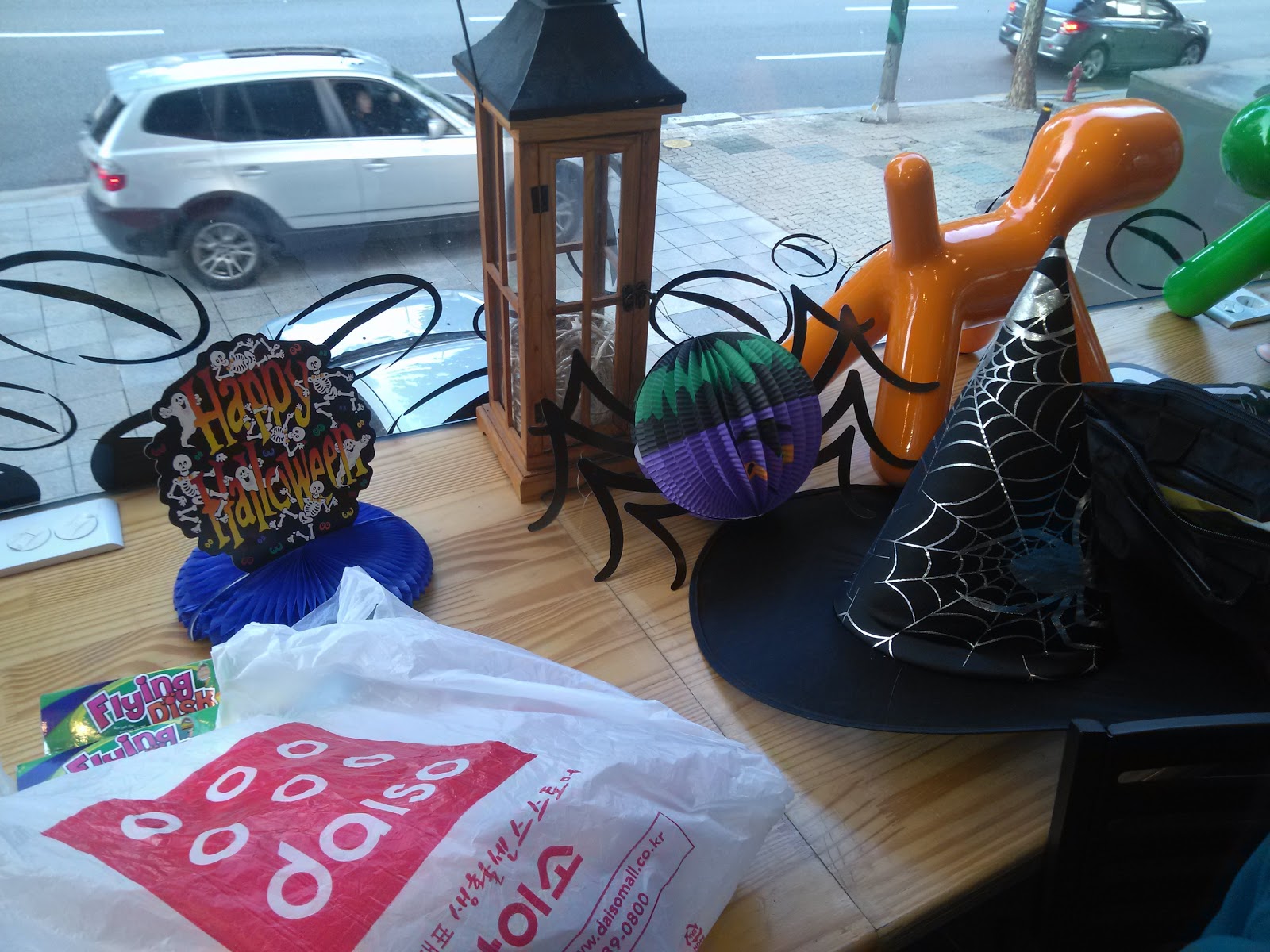 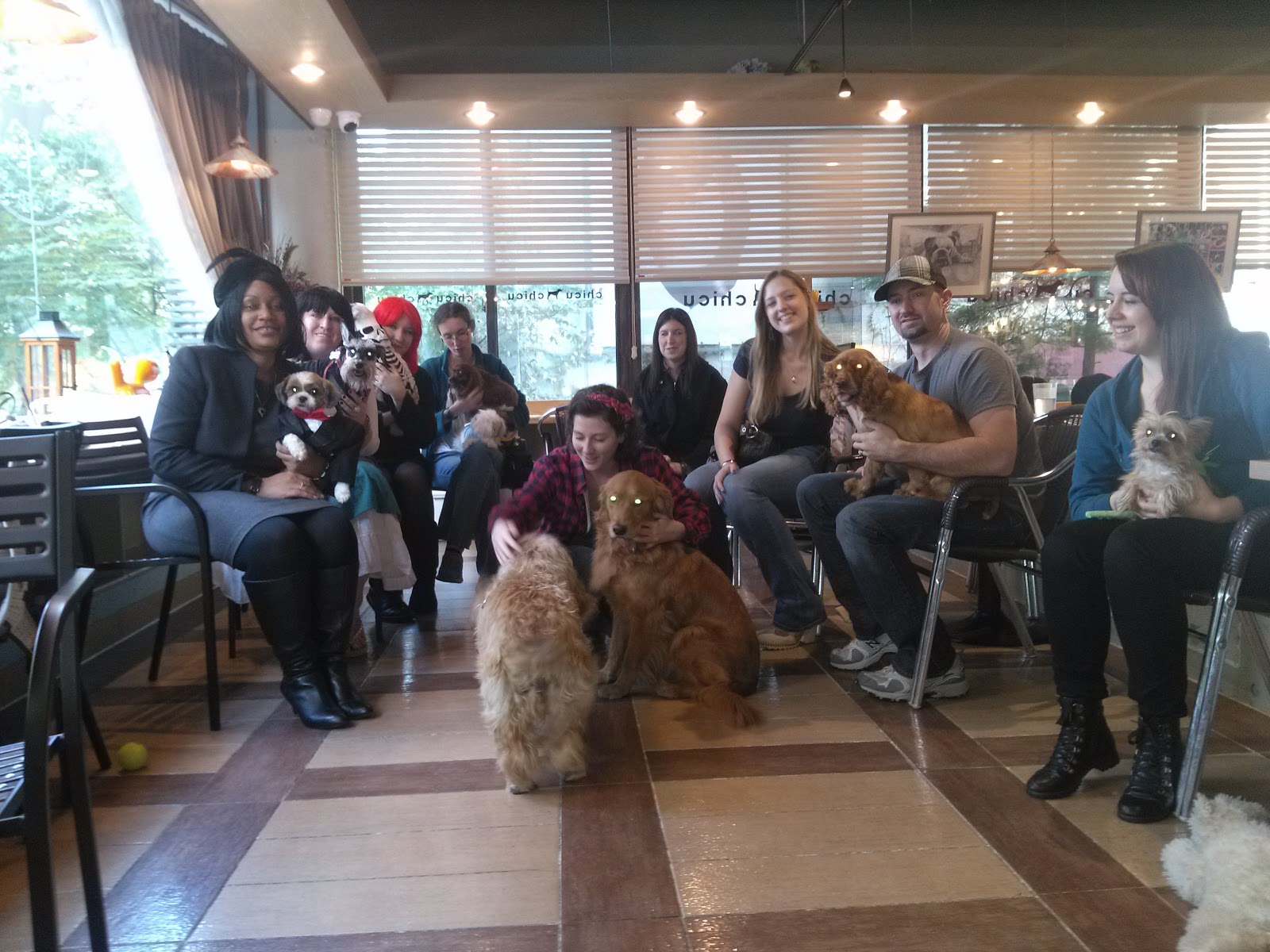 Thank you everyone who came out with their dogs (we all know it's not easy to travel with a furry one) to celebrate this Howl-o-ween!!!!